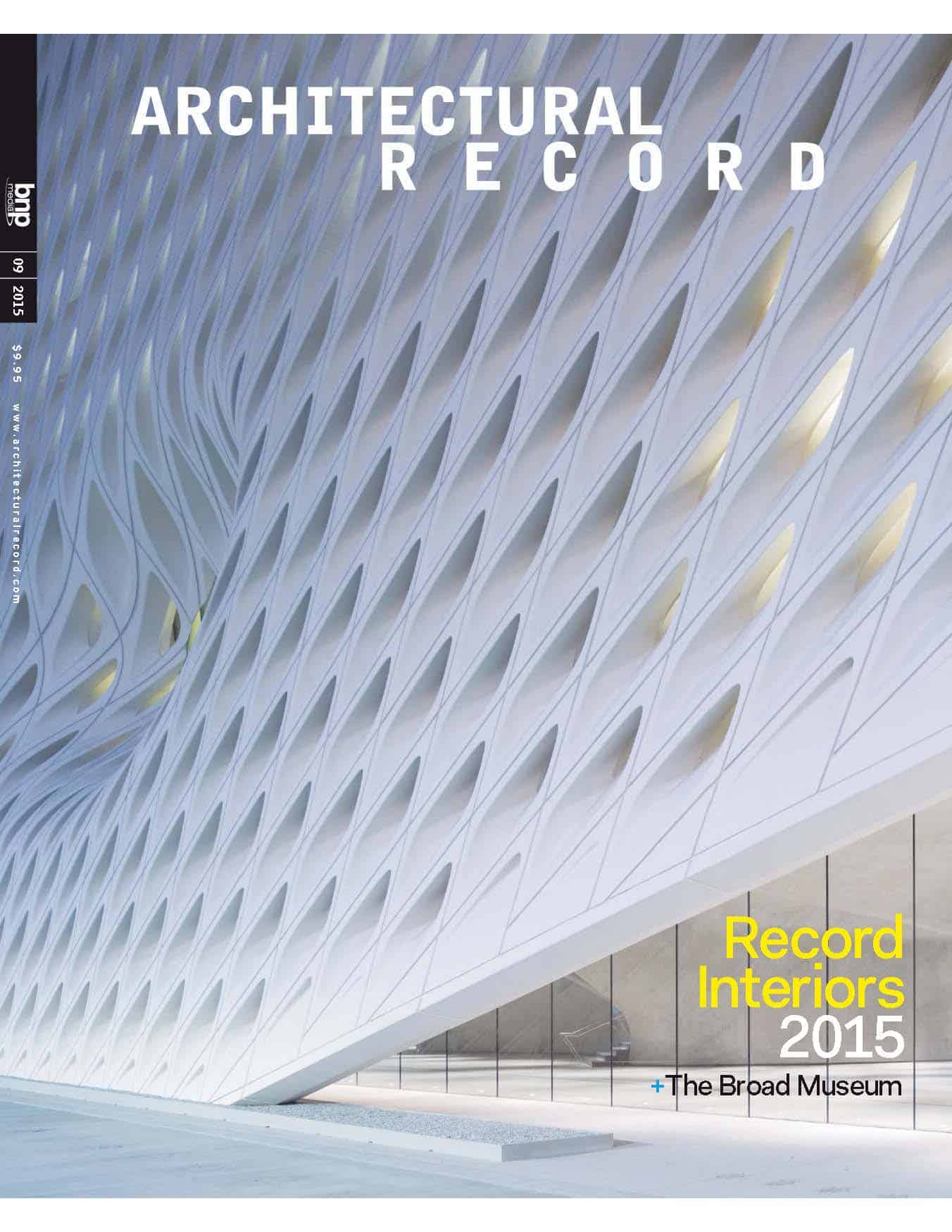 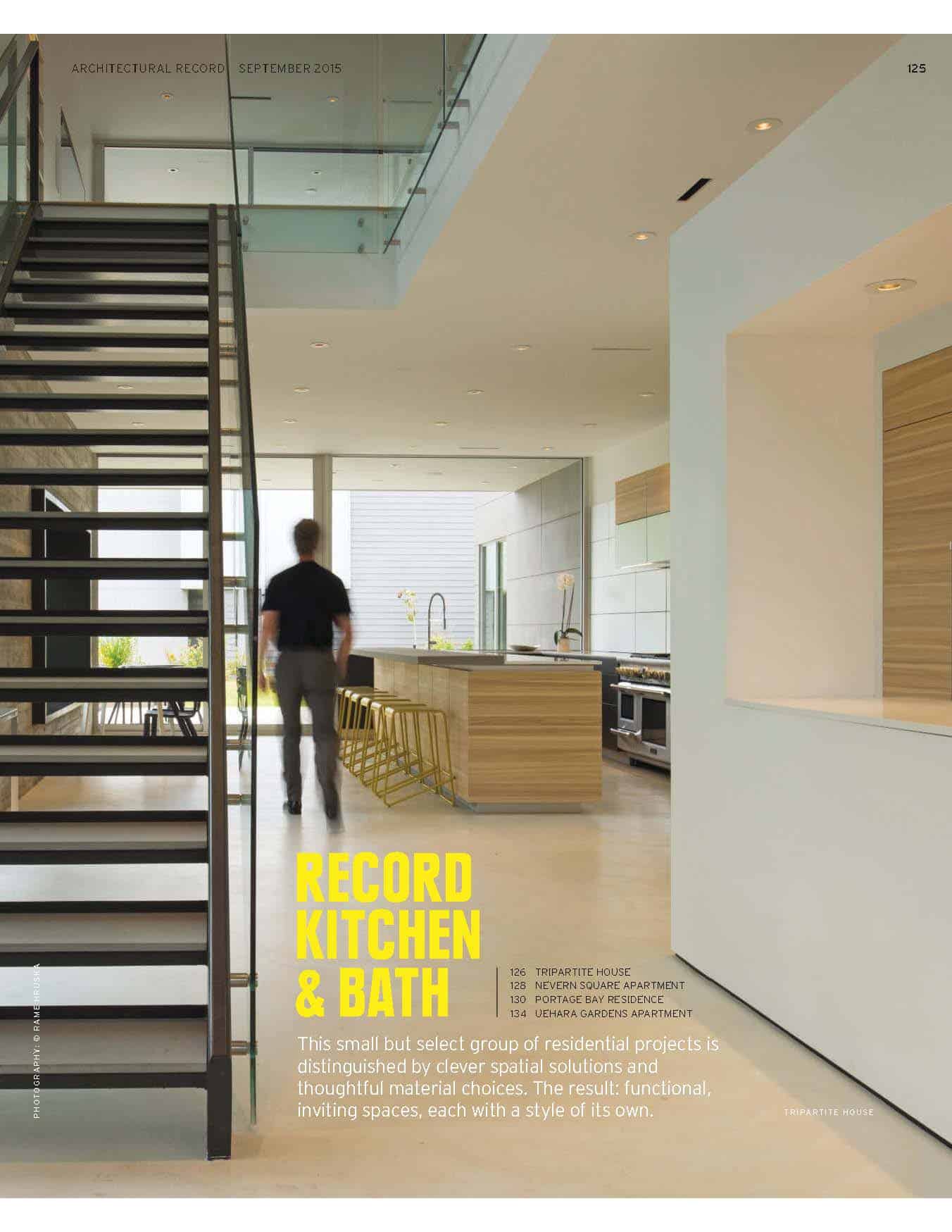 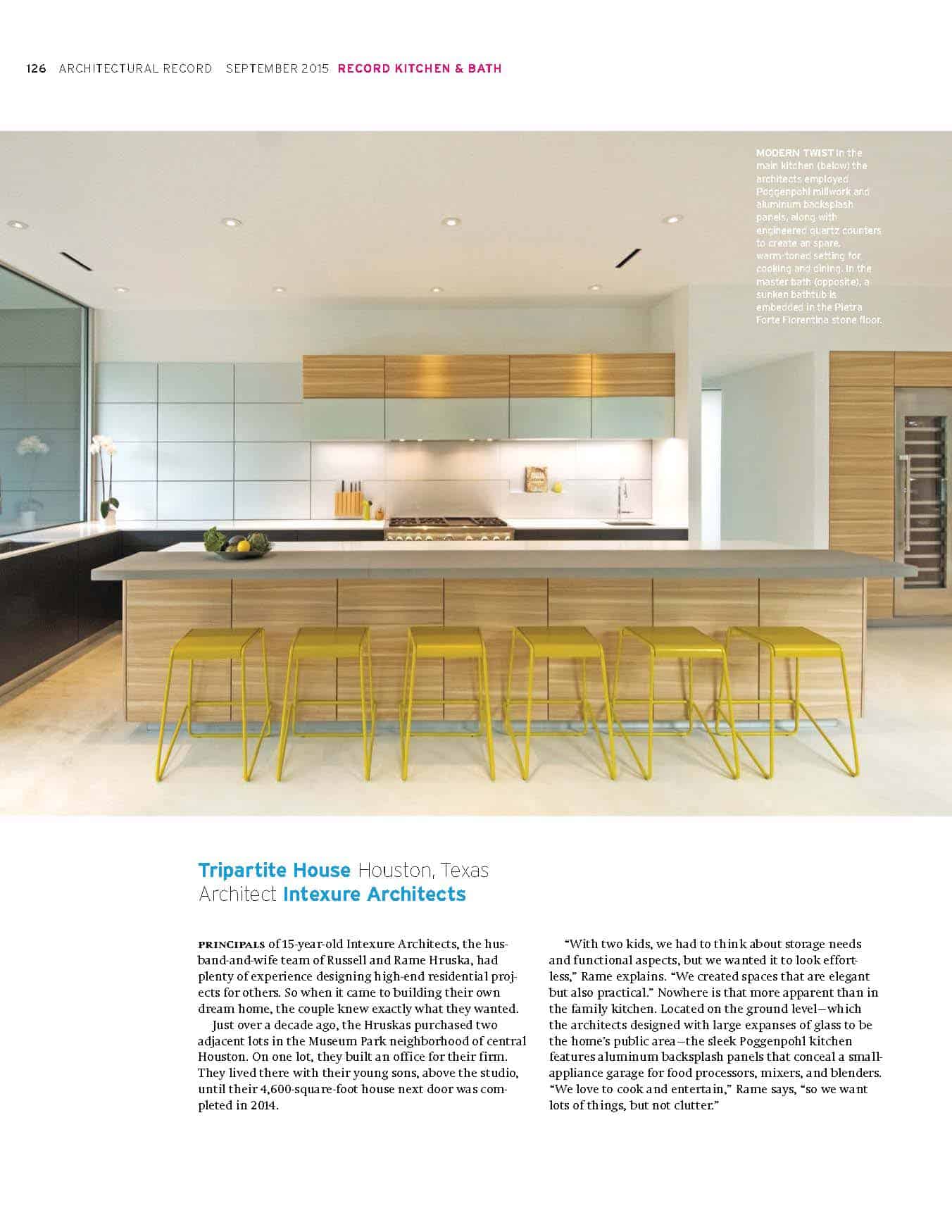 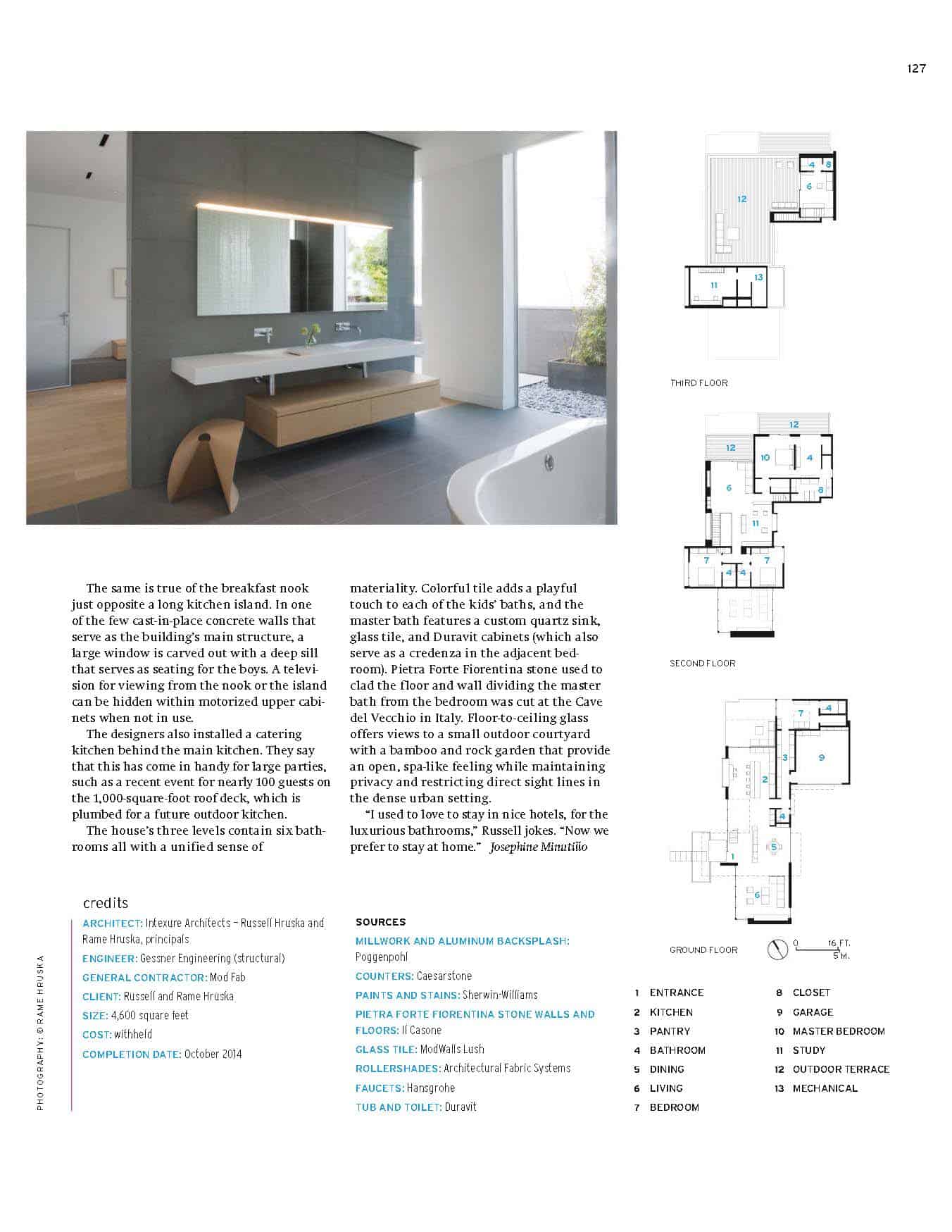 Principals of 15-year-old Intexure Architects, the husband-and-wife team of Russell and Rame Hruska, had plenty of experience designing high-end residential projects for others. So when it came to building their own dream home, the couple knew exactly what they wanted.

Just over a decade ago, the Hruskas purchased two adjacent lots in the Museum Park neighborhood of central Houston. On one lot, they built an office for their firm. They lived there with their young sons, above the studio, until their 4,600-square-foot house next door was completed in 2014.

“With two kids, we had to think about storage needs and functional aspects, but we wanted it to look effortless,” Rame explains. “We created spaces that are elegant but also practical.” Nowhere is that more apparent than in the family kitchen. Located on the ground level—which the architects designed with large expanses of glass to be the home’s public area—the sleek Poggenpohl kitchen features aluminum backsplash panels that conceal a small-appliance garage for food processors, mixers, and blenders. “We love to cook and entertain,” Rame says, “so we want lots of things, but not clutter.”

The same is true of the breakfast nook just opposite a long kitchen island. In one of the few cast-in-place concrete walls that serve as the building’s main structure, a large window is carved out with a deep sill that serves as seating for the boys. A television for viewing from the nook or the island can be hidden within motorized upper cabinets when not in use.

The designers also installed a catering kitchen behind the main kitchen. They say that this has come in handy for large parties, such as a recent event for nearly 100 guests on the 1,000-square-foot roof deck, which is plumbed for a future outdoor kitchen.

The house’s three levels contain six bathrooms all with a unified sense of materiality. Colorful tile adds a playful touch to each of the kids’ baths, and the master bath features a custom quartz sink, glass tile, and Duravit cabinets (which also serve as a credenza in the adjacent bedroom). Pietra Forte Fiorentina stone used to clad the floor and wall dividing the master bath from the bedroom was cut at the Cave del Vecchio in Italy. Floor-to-ceiling glass offers views to a small outdoor courtyard with a bamboo and rock garden that provide an open, spa-like feeling while maintaining privacy and restricting direct sight lines in the dense urban setting.

“I used to love to stay in nice hotels, for the luxurious bathrooms and spa-like feeling,” Russell jokes. “Now we prefer to stay at home.”  Read the article at Architectural Record.